The Mausoleum of Lost Objects 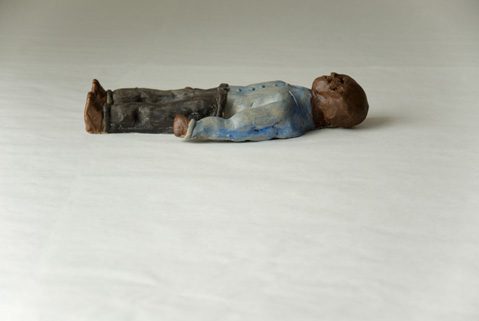 A collaborative exhibition by artist Matthew Krishanu at Rivington Place

The Mausoleum of Lost Objects is an exhibition inspired by objects that people have lost or had stolen.  The art works commemorate and celebrate the missing objects, and the stories behind their disappearance.

Matthew Krishanu invited a range of artists to create work in memory of a lost object, and worked with three groups during September – older people, young people and primary school children – to record stories and create works for the exhibition.

This project was inspired by Hew Locke’s exhibition The Kingdom of the Blind.  Groups involved in the project were Sundial Centre, Drapers Foyer, and Shacklewell Primary School.

The stories and artworks resulting from the workshops will contribute to a collective memorial in the education space at Rivington Place. Inspired by the idea of a mausoleum – a monument that commemorates the dead – it will be a compelling display infused with a collective sense of the past, of missing objects and reconstructed memories.

People added to The Mausoleum of Lost Objects in workshops on 4 and 11 October in the Education Space at Rivington Place.