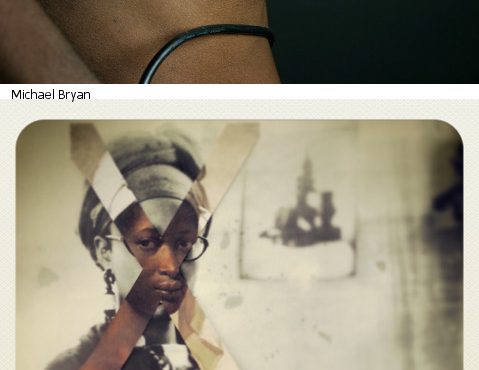 Institutional critique, performance and the black body…or how I got banned by my art college

The presentation will explain the personal challenges in performing in an educational environment and the experience in being censored by an art college. The main object of his artistic practice is the black male body, and he will consider the challenges in creating art which could be considered controversial, including art about race.

Michael will reflect on his experience of being banned for an outside performance, then receiving a rebuke from the college for writing a critique piece in a student magazine. If educators reinforce the belief that enquiring about race is unnecessary it can deny students the chance to question their own identity and place in the world. An artist shouldn’t be in fear of talking about race in case it offends. He will explain his stance on art education and why the support of tutors early on make the difference to students from non-middle -class white backgrounds who want to pursue art.

Biography
Michael Bryan (b. 1981) is a London-based artist and writer. His practice is multi-disciplinary and works with images and text that centre on sex, the gaze and the Black male body. His performances are framed by the interaction between his own Black body and his audience.

How to Solve the Existential Cultural Crisis

Living in the Diaspora as a woman of colour is being in a constant existential cultural crisis. Marcia X examines the difficulty in understanding herself given the nature of Western society and the Othering of the self. Adrian Piper notes she is not Other to herself. History has been written in such a way that not only does contemporary society still marginalize her people, but created an identity for her which she does not recognise. How can this be negotiated in practice, academically, conceptually and physically?

Are Sartre and Dostoevsky of relevance? Does mainstream, white middle class feminism provide answers to the context her experience, or should she scrap prescribed Western education’s good old boy club materials and construct identity from the self? The construction of identity within the perimeters of the Diaspora, brownness and woman is decisively a matter of empowerment.

Artists must constantly test the boundaries of how to solve these questions with practice. Furthermore, there are always opportunities to facilitate an educational platform where the work becomes a learning tool in a classroom-like environment.

Biography
Marcia X was born and raised in Chicago IL to immigrant parents in 1985. Inspired by her early travels to the Caribbean and US history and politics, she predominantly works in themes relating to the experience of the Diaspora, history, feminism, politics and socioeconomic issues. She is a multidisciplinary artist.