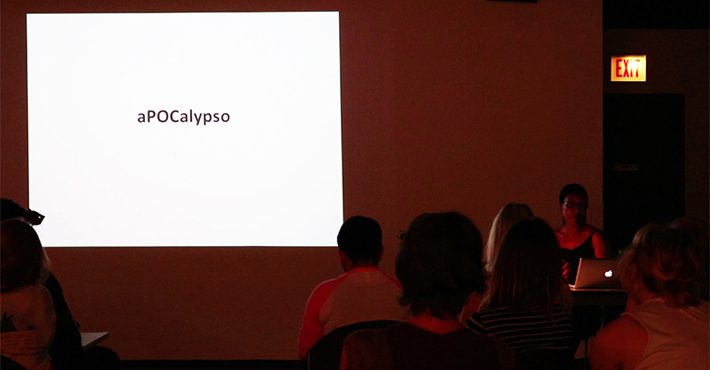 Afrofuturism has reached a functional and conceptual obsolescence, requiring the development of a new terminology to describe emergent speculative, futurist and technocultural Afro-diasporic aesthetics, from Europe and the Caribbean as well as the USA.

How do we begin to describe a Black future that encompasses a greater diversity of diasporic influence and reference, as a means of decolonising the future imaginary?

Sonya Dyer is a London-based artist, writer and occasional curator.
Her practice currently manifests itself through the …And Beyond Institute for Future Research, a peripatetic think tank concerned with the construction of possible futures.

Dyer was a 2011-12 Whitney Museum of American Art: Independent Study Program Fellow, and a previous artsadmin Artist Bursary Scheme recipient. She is currently a PhD candidate at Middlesex University.