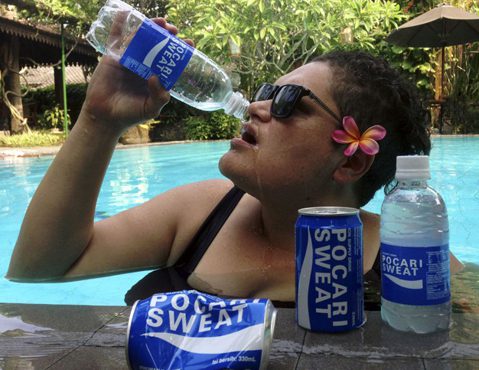 This conversation between Salote Tawale and Laura Castagnini is the final in a series of three dialogues between artists and curators to take place between January and April 2017. The ‘Precarious Decades’ series will examine strategies of hope and subversion through collaboration and allegiance. These were marked out as decisive ways of working for artists and curators, committed to interrogating questions around race and gender in the post-war period of the 20th century. Given the precarious political moment we find ourselves in now, do artists working today see themselves presenting a different spectrum of historical, theoretical and political influences and encounters? What are the new terms of reference for curatorial and artistic practice framed by the experience of the diaspora?

Salote Tawale is an artist based in Sydney. Through performances of the self, Tawale explores the identity of the individual in collective systems, society and communities. Projects draw upon personal experiences of race, ethnicity and gender, growing up in suburban Australia. Tawale often uses her own body to examine her Pacific Australian heritage and Diasporic Indigeneity via photomedia, drawing, installation and live performance. Having exhibited widely within Australia and internationally: including the Wellington Art Centre (NZ), Indonesian Contemporary Art Network Yogyakarta (IE), and Oxford Modern (UK), Tawale also undertook a self-devised tour of American video archives (Chicago and NYC), funded by the Australia Council, and has been included in national and international publications including, Mapping South: Journeys in South-South Cultural Relations edited by Anthony Gardner; Art in Australia; Realtime; Art Monthly, Artlink and Canadian Art Magazine. Tawale is the recipient of the inaugural 2017 Arts NSW Fellowship, and has recently completed a five-week residency at the Banff Centre in Alberta, Canada made possible through the support of the Sainsbury Sculpture prize and the Australia Council for the Arts.

Laura Castagnini is an Australian curator and writer interested in the performance of feminist, queer and decolonial histories. Selected curatorial projects include AS IF: Echoes from London (Westspace, Melbourne, 2015), Alice Lang Originals (Sydney College of the Arts, 2014), Backflip: Feminism and Humour in Contemporary Art (Margaret Lawrence Gallery, Victorian College of the Arts, Melbourne, 2013) and Memory Screens (Australian Centre for the Moving Image, Melbourne, 2013). Laura holds a Master of Arts (Art History) from the University of Melbourne, and has published in academic peer-reviewed journals On Curating, n.paradoxa: international feminist art journal, Australian and New Zealand Journal of Art (Routledge) and Philament journal of art and culture (University of Sydney). She also writes reviews for frieze magazine, Artlink and Un magazine. Alongside collaborators Helena Reckitt, Maura Reilly and Lara Perry, Laura runs Feminist Curators United (FCU), a network of 40+ curators and scholars dedicated to developing feminist curatorial practice through a range of programmes. Laura was a Programme Coordinator at Iniva (Institute of International Visual Arts) in London.