NO by Nadia Kaabi-Linke presented by The Mosaic Rooms. 27th November, 6.30pm

The Mosaic Rooms presents a special screening of Nadia Kaabi-Linke's NO, followed by discussion with the artist and special guest Nat Muller. 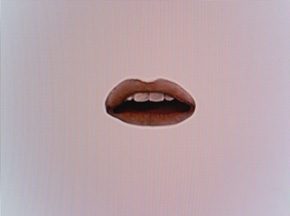 As part of its Autumn Programme, The Mosaic Rooms presents a special screening of Nadia Kaabi-Linke’s two channel video installation NO at Iniva.

‘NO‘ focuses on the rigorous visa process that people must go through to enter the UK, presenting a dialogue in which a crowd, without power despite their numbers, opposes an individual voice of authority. On one screen an omnipotent faceless mouth voices the questions the UK border agency asks on the visa form. On the other, a choir of Tunisian citizens sings the responses to these demands for information. They are a group, yet they remain subject to the authoritarian voice and its investigation. The setting within an Anglican church draws parallels to the Holy Inquisition and the presumption of guilt without fair hearing.

The video piece was inspired by Kaabi Linke’s own experience but also in response to the recent uprisings in Tunisia which saw “many people fleeing from North Africa. The uprisings were motivated by an unanimous consent for more freedom, social fairness and economical wealth, but then, when the protests showed first signs of success, refugees from Tunisia and other parts of Africa used the gaps of the North African borders to searched freedom and wealth where it always was supposed to be, in Europe.”
The screening will be followed by a discussion with the artist and special guest curator Nat Muller about the process and experience of making this work. The event aims to shed light on issues raised in The Mosaic Rooms current exhibition The Future Rewound & The Cabinet of Souls.

We run a waiting list, if you register and then drop out please email us: info@iniva.org

Nat Muller is an independent curator and critic based in Rotterdam. Her main interests include: the intersection of aesthetics, media and politics; media art and contemporary art in and from the Middle East. She has held staff positions at V2_Institute for Unstable Media in Rotterdam and De Balie, Center for Culture and Politics, Amsterdam. She is a regular contributor to Springerin and MetropolisM. Her writing has been published amongst others in Bidoun, ArtAsiaPacific, Art Papers, Canvas, X-tra, The Majalla, the MIT journal Art Margins and Harper’s Bazaar Art Arabia. . In 2015 she is curating Sadik Kwaish Alfraji’s solo show at Ayyam Gallery (Dubai) and will be curator-in-residence at the Delfina Foundation’s Politics of Food Program (London).
www.natmuller.com