Volunteers for the Stuart Hall Library 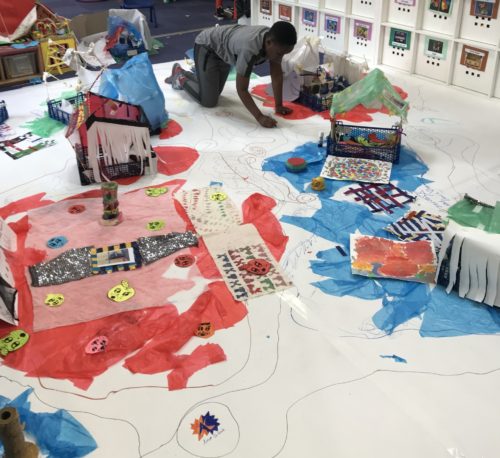 Children at Earlsmead Primary School, Tottenham, took part in Saturday workshops over the Spring term that were inspired by the model of Iniva Creative Learning’s integrated art and art therapy programme: ArtLab. Led by artist Shepherd Manyika and supported by therapist Anna Sikorska, the workshops focused on supporting a small group of children in developing their emotional and relational skills whilst providing space for individual creativity. Increasing confidence and broadening horizons were central to the workshop goals and the children were introduced to a wide range of art and artists.

The children created fantastic works of art including designing their own island, creating fantastical costumes, learning about printing techniques and exploring sound. also included a drawing tour around Tate Britain. Through the workshops, a safe, non-judgmental space was created for the children to voice their feelings and learn new skills by working together. An exhibition of their work ran from 9 May – 4 June at the Bernie Grant Arts Centre, Tottenham. A film by Shepherd Manyika in response to the work of the children was screened at the opening event on 9 May.

This workshop series will continue over the next two years and is evaluated in partnership with Imogen Slater (Art of Regeneration / Centre for Urban and Community Research, Goldsmiths University).

“As an evaluator who works with lots of creative projects involving children and young people the ArtLab project stood out in a number of ways. Whilst the core focus was on bringing positive benefits for the children involved, the sense of care, consideration and learning underpinned the process and involved staff, teachers and parents too. There was ongoing reflection on the delivery, which allowed for responsive adaptation in which individual children’s needs and capacities were considered. The arts activities were explorative and of a high quality which resulted in a high level of engagement from the children, offering them experiences and ways of thinking and expression that I believe are all too rare.”

Many thanks to the dedicated staff at Earlsmead Primary School. The workshops are made possible by the generous support of BBC Children in Need. 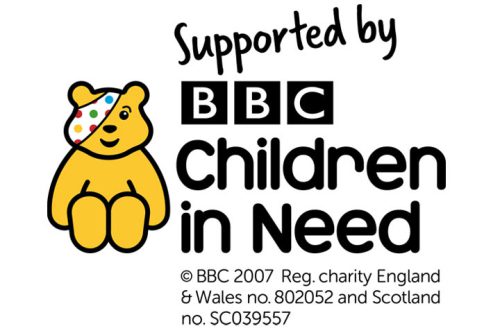