Living Well Together: A-Z of Values 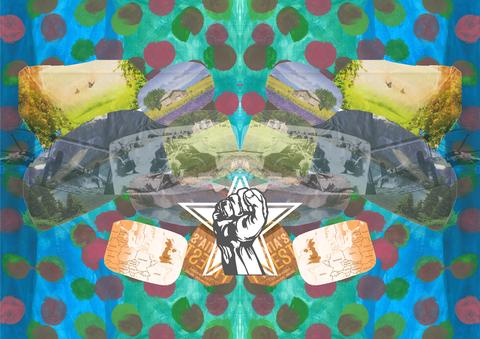 Artist Shiraz Bayjoo and family therapist Camilla Waldburg will be delivering a series of creative workshops will pupils at Newport & Dawlish primary schools in early 2016, exploring the role of values through visual art and art therapy. Iniva Creative Learning’s ArtLab 2016 will explore what values mean, how they are created, who has them and why they are important, responding to the 2014 Department of Education imperative for all schools to promote fundamental British values.

This year pupils will illustrate one of the four curriculum designated British values: the fundamental British values of democracy, the rule of law, individual liberty, and mutual respect and tolerance of those with different faiths and beliefs. They will be led by artist Shiraz Bayjoo whose artwork uses multiple layers of translucent patterns and marks, to create loose abstract landscapes. Images are broken down and re-explored, offering to the viewer compositions that are often culturally or politically emotive, subtle and removed from their literal context. Shiraz will be prompting creative learning through his own artwork as well as images found within Iniva Creative Learning’s Emotional Learning Cards and illustrations and images from artist monographs and art books from Iniva’s Stuart Hall Library. The students will then pick one of their own values, and explore its emotive value in group work and at home, with support from family therapist Camilla Waldburg. Finally students will illustrate their chosen value creatively through painting and collage techniques introduced by Shiraz.

Iniva Creative Learning is delighted to be working on ArtLab2016 again with the Opossum Federation of schools which include Dawlish, Neport and Oakhill Primary Schools in North London. To find out more about ArtLab contact us, join the mailing list or follow our social media feeds.

art labpower of the image