Notes from the Stuart Hall Library - 2012: No.4. From: Roshini Kempadoo (Library Animateur). 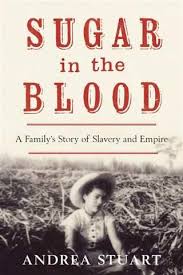 Thanks to everyone who attended last Thursday’s reading group meeting. A recording of the discussion
will soon be available via the library website. You can also listen to recordings of our previous reading group sessions.

We discussed an extract from Andrea Stuart’s ‘Sugar in the Blood’, in Granta: the Magazine of New Writing, 119 (Spring 2012). The text was chosen as a way of exploring a specific aspect of the historical background to Kimathi Donkor’s paintings from one woman’s personal perspective. This short extract highlights the relationships between Africa, Britain and the Caribbean.

The discussion developed from these starting points:

– Our personal responses to the text.

– An awareness that this text was a short and powerful extract from a much longer, detailed text.

– The knowledge that Stuart has received criticism for writing the book. Some are of the opinion that history should be left, and we should ‘move on’. We debated the need to (re)examine culture, attitudes and behaviours from history.

p.225 Stuart’s earliest known ancestor , George Ashby, can be categorised as an economic ‘migrant’. His and others fortunes were changed by the demand for sugar in the sixteenth century onwards. 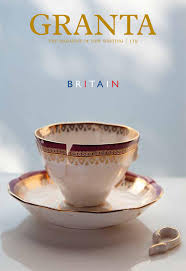 Stuart imagines the conditions her ancestors may have endured, involved in the forced migration of enslavement: p.227 ‘Somehow, my unnameable ancestor managed to survive’, in spite of the cruelty that she describes.

Stuart’s family ‘reversed’ the migration of her forebear (George Ashby) by moving to England in 1976: she draws attention to the space-time aspect of migration: Ashby’s long process of migration by sea, in contrast to Stuart’s journey, her life changed in a matter of hours.

p.229 She notices first the climate (the importance of climate to notions of space-place and space-time), as well as the feeling out of place, ‘the interloper’. And also the unfamiliarity of being a racial minority (ie. surrounded by white people).

p.231 Stuart describes being racially abused by Millwall football fans as a young woman, and concludes, ‘Britain had shown me what hate looked like’.

She goes on to describe the practice of ‘hyper-vigilance’ as ‘self-protection’, anticipating hostility in order to try to defect it. Some reading group participants recognised this behaviour in themselves, and noted how little these psychological effects of racism are discussed.

Stuart evokes the influence of class as well as race on her life experience. Her family were ‘affluent, professional, cultured’, which she states was not expected from black people in Britain at that time (and perhaps not even in the present).

p.232 Growing up for her was characterised by ‘displacement’, rather than adjustment or integration, which is what is expected of a migrant by the ‘host’ nation. Andrea Stuart is candid about her experience and the feelings it evokes, for example, even now,

‘My colour still enters the room before I do…’

Stuart’s anger expresses the ‘resentment’ she feels, that her ancestors were good enough to ‘help build the country’, but she is sometimes not seen as ‘not being good enough to be British’.

The reading group participants’ responses to the book were informed by personal experience and family histories and, in common with Andrea Stuart’s genealogies, deconstructed the ‘invention’ (p.287) of ‘black’ and ‘white’ and its resulting racial taxonomy, a primary foundation of and justification for Atlantic slavery. Several of the group were able to identify directly with Stuart’s experience; others located themselves differently in the narrative but were still able to make connections between her experience and theirs. A particularly enlightening view came from a participant who, due to her own racial identity, was located outside the black-white binary, and was able to articulate different types of ‘othering’, displacements and ways of finding a sense of place and self.
All agreed that the text was an important piece of writing, beautifully articulated – a clear and vitally needed explanation of the historical events that connect Africa, Britain and the Caribbean.

It can be argued that the most constructive reaction to racism is resistance: a form of action that motivates people to create and articulate alternative ways of thinking through art, literature or politics. This is one way of thinking of the work of Kimathi Donkor.

Join us next month for a special, pre-Christmas meeting:

Moving images: dreams, sights and memory
Thursday 13 Dec 2012, 6.30-8
The Library is expanding its text-based reading group to include artworks and film. The Library will be screening Zineb Sedira’s Silent Sight (10 min., 2000) and an extract from Martina Attile’s Dreaming Rivers (32 min.,1998), followed by a discussion. Hosted by Roshini Kempadoo and Sonia Hope.

To book a place, email us: library@iniva.org